This is Not Forgiveness by Celia Rees

Title: This is Not Forgiveness
Author: Celia Rees
Publisher:
Published:
ISBN: 9781408817698
Price £6.99
Will be available as an ebook also
Rating 3.5/5
I like the cover on this – the fractured title gives a hint of what is to come – fractures lives, and fractured feelings.
Jamie doesn’t see his full worth – his friends have girlfriends and he feels himself as an outsider, looking in and wondering when it will be his turn.  Along comes Caro, everyone says she’s bad news, but Jamie falls for her hook, line and sinker.  He can’t help himself.  As he gets in deeper with her, he realises that he doesn’t know her as well as he’s convinced himself he does, and when rumours of other men in her life surface, Jamie has to face reality.  Jamie is my favourite character in this, he's a normal guy drawn to someone who is not good for him, but he still clings to the hope that she has feelings for him.  Ultimately he knows her better than most and doesn't judge her.
Rob, Jamie’s older brother is just back from , after being traumatised when his leg was shattered during service.  Jamie doesn’t know how to help his brother, who seems to be more and more out of control and unreachable.  He is an unknown quantity and has a lot of built up anger.  He wants to be back with his troop and yearns for what he had.
The story is told through each character, which was brilliantly done as it added more personality and background to each character.  A very edgy book - I felt empathy for all the characters which is unusual because of their actions.
This is the first book I’ve read by Celia Rees, and it covers not only gritty topics such as war, honourable discharge, re-integration into civilian life…it also covers activism and everyday themes; friendship, sibling rivalry, family secrets, betrayal and fitting in.  The way the book jumps between the themes is seamless and really well done – as a reader I felt I knew what the inevitable outcome was that was building up throughout the book…but the ending although not as shocking as I expected it to be, was a surprise which I found a bit deflating after the build up...I can't say more than that without spoiling the story!
To read an extract of the book visit Bloomsbury's page
Many thanks to Bloomsbury, an ARC was received in return for an honest review.
Posted by Michelle at Clover Hill Book Reviews at 12:53

Hmm, I have this book to read too but I've been putting it off a bit as I'm not really into war type books. It does sound interesting though.

This is an honest review, and I thank you.

@The Slowest Bookworm - tbh I found it less about actual wars and more about how a soldier coped with civilian life after losing his career which he valued highly as it fitted him so well...and about him trying to do what he thought best.

@Celia - it's lovely to have an author come over, thank you for taking the time to say hi & thank you for a thought provoking book. 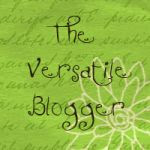